Save Britain’s Heritage drive raises one third of its £20,000 goal in just days 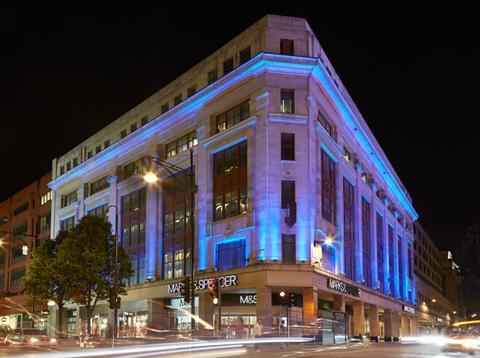 The existing Marble Arch Marks & Spencer branch, which is not listed

Architecture campaigners looking to create a £20,000 fighting fund to oppose retail giant Marks & Spencer’s plans to redevelop its flagship branch have raised one-third of the cash in a matter of days.

Save Britain’s Heritage set the target to help cover its legal costs at the public inquiry into M&S’s proposals to replace its Marble Arch store on Oxford Street with a much larger Pilbrow & Partners-designed scheme.

The proposals wereapproved by Westminster City Council in November, but they werecalled inby then-housing secretary Michael Gove in June. A government minister will ultimately determine whether the plans can proceed, based on the advice of the planning inspector who presides over the public inquiry.

The inquiry starts on October 25. Last week Save Britain’s Heritage set itself the target ofcrowdfunding its legal coststo the tune of £20,000 by the time proceedings commence.

As of yesterday, its campaign had passed the £7,000 mark in barely more than a week, with donations ranging from £5 to £500. 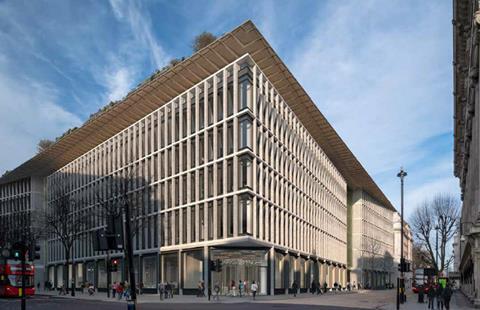 Save Britain’s Heritage director Henrietta Billings said the group was confident it had a strong case to fight at the public inquiry and suggested the outcome of the case could have far-reaching ramifications.

“This is where the fate of this West End landmark will be decided – and it could change the course of construction in the UK.”

The group will be a “rule 6 party” at the inquiry, meaning it will be leading the case against M&S’s plans. It has appointed a barrister and will be fielding expert witnesses to give evidence on heritage, embodied carbon and other arguments.

It says the redevelopment proposals are “destructive” and would release almost 40,000 tonnes of CO2into the atmosphere immediately, through the demolition of the existing building and raw materials used to build the new one.

Save Britian’s Heritage says its experts will demonstrate that the existing M&S building is an ”eminently suitable” candidate for a “deep retrofit” which would bring it up to the highest contemporary standards of sustainability.