‘I have the experience to change the RIBA’ 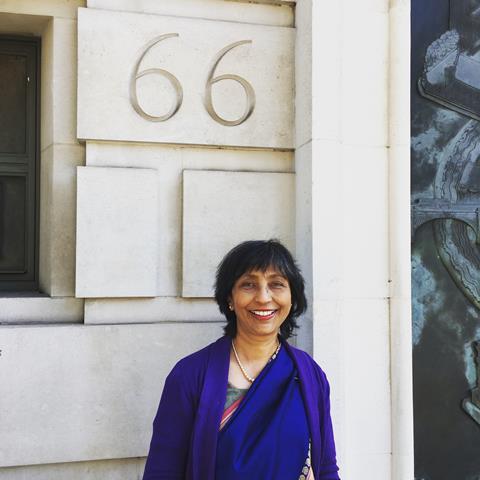 Calls are growing for the body to provide more support for architects who are being squeezed on a number of fronts, including inflation, insurance and falling fees. Concerns about working conditions, diversity, net zero and education are also in the spotlight.

She has experience, and describes herself in her manifesto as a “safe pair of hands in these tumultuous times”. Singha could also be considered an insider. Does that limit her ability to enact real change?

Singha has run for the presidency once before, in 2020, losing to the incumbent Simon Allford. Born in New Delhi, she would be the first Asian woman to lead the institute if elected.

Her backers include former president Jane Duncan, who said this week that Singha was “easily the best qualified prospective RIBA president”. Duncan also lauded Singha’s “common sense, impressive people skills [and] proven business management”, describing her as having a “heart of gold and a backbone of steel”.

She says she has never been in a position of power at the institute, but would “certainly do something” if elected, adding: “I have the experience to be able to do that.”

Singha wants the RIBA to offer its own PI insurance with reduced premiums for architects not undertaking risky work, and has pledged to lobby for a government-backed insurance scheme for those working in building safety or areas which might be affected by climate change.

She says she will also lobby for chartered practice status to include mandatory environmental and carbon targets, and to encourage practices to work on net zero and retrofit projects. RIBA has been criticised for not pushing its members hard enough on climate action.

Student groups backing Singha’s rival candidate, Muyiwa Oki, have accused the institute of “empty slogans” and not challenging practices who do not follow up on their climate targets. As someone who works at the RIBA, is Singha part of the problem?

Because of our colonial past, we think that European culture is superior to other cultures, so we need to really be thinking globally in education

She is also a member of the climate action group, which advises the RIBA council. But any progress needs the backing of the government, and she says her work has included speaking to ministers and officials on issues including reducing VAT on retrofits.

She says the profession can learn a lot about sustainability from non-European forms of architecture. She gives the example of Japanese joinery, which does not use nails and results in buildings which can be easily dismantled and rebuilt.

In her manifesto, Singha says she will advocate integrating into the curriculum a “recognition and redress of predominant colonialist social narratives and emphasise the critical role that diversity and inclusion plays in fostering creativity, equity and respect”. She wants architecture schools to include less Palladianism and more non-European case studies in the teaching of history and theory to make education more global.

“Education is very Eurocentric,” she says. “Because of our colonial past, we think that European culture is superior to other cultures, so we need to really be thinking globally in education.” 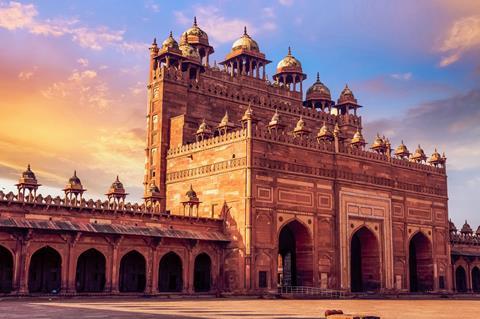 Her go-to favourite building is Fatehpur Sikri, a 16th-century pink sandstone complex in Agra, India, which she says provides “so many lessons on environment and building in context”. Architects who are based in the UK but work in other parts of the world should know more about non-European forms of architecture and “expand [their] architectural menu”, she says. “Who wants to live in a Palladian villa anyway?”

Singha did her part I and part II at the School of Architecture and Planning in New Delhi, where she had won a scholarship after passing her entrance exams. She had also passed entrance exams for medicine, and says her family took some persuading to let her pursue the former instead of becoming a doctor.

“My father was quite upset about the whole thing,” she says. “He thought that I could do a lot of good in India, curing people suffering from various illnesses. I said that I could also do good if I’m an architect – I can build shelters for people who are homeless. Architecture also could be healing.”

She would never earn enough money as an architect, her father had protested. “I have to laugh,” Singha says. “I said, ‘no, I’ll show you I will earn enough money’. But it has never happened that I’ve earned enough. So I’ve had to do different things to keep going.”

In the end, her father came round to it, and Singha remembers him being very curious when he accompanied her to visit the architecture school for the first time. One of the first people she saw was God Of Small Things author Arundhati Roy, who was “smoking a cigar and sitting there like a queen”. “My father said, you’ll become like her,” Singha says.

Her time at the school was tough, and she was so poor that she says she had to sleep on the same table that was used for eating and for her studies. She could not afford to buy pens, and had to borrow from friends until her second year when she saved up enough money to buy her own - which she still owns.

Her final project at the school, which focused on sustainability and materials, ended up winning an international award, and her drawings are now in the RIBA collection.

Singha then won a scholarship to Trinity College, Cambridge, which she remembers as being “very posh”. Initially, she still only had clothes which her mother had sewn for her, or bought second-hand from markets.

“I suffered all sorts of nasty behaviour from people. It wasn’t very pleasant,” she says. At a matriculation dinner she was called a “monkey” by a fellow student after using the wrong knife.

She graduated in 1988 and, five years later, at the age of 26, founded her own practice. Singha has put ethics at the heart of her manifesto, and wants to introduce a new ethical charter for students and employees to ensure there is “zero tolerance for bullying and harrassment, discrimination and abusive behaviour in any place of learning”.

It is an issue which is central to this election, following a report intoallegations of racism, bullying and sexual misconductat the Bartlett school of architecture.

Singha says the report’s findings, which have led to the suspension of a number of staff and theresignation of director Bob Sheil, are “absolutely shocking”. She does not think architecture is uniquely afflicted by a bullying culture. But she says “there are bullies, for sure, and I’ve faced some of them”.

She did not experience anything comparable during her studies in New Delhi, and she says what appears to have happened at the Bartlett is a poor reflection of British education. The school needs to “take a look back at what’s happened and learn from it. Otherwise, all these grievances that students have suffered, and the harm that has been caused will never be removed if the Bartlett does not learn from its mistakes.”

Singha has had a varied career which has included a seven-year stint as a senior lecturer at London Metropolitan University and nine years as a non-executive director at Moorfields Eye Hospital in Shoreditch. The latter has taught her principles which she says architecture can learn from, including “prevention is better than the cure”.

Her practice specialises in small projects with an emphasis on sustainability, including residential retrofits and public realm enhancements. She designed a kitchen garden on a station platform which received a personal endorsement from Boris Johnson, who sent a letter to Singha applauding her work. “I’m quite embarrassed to show it,” she admits.

She also worked on the refurbishment of a nearby community centre, and describes the two sites as examples of “urban stitching”.

“For me, these are really valuable works,” she says. “They won’t win any prizes but, because they bring the community together, it shows the social aspect of architecture. And for me, that’s really important.

“Architects are human beings, they’re part of society. And, if you’re always thinking about iconic buildings and big buildings and big projects, then we are not doing the sort of little things that we can be doing to help the community. And, for me, those are the projects I’m really proud of.”